The Future of Social Entrepreneurship and Innovation With Cheryl Dorsey 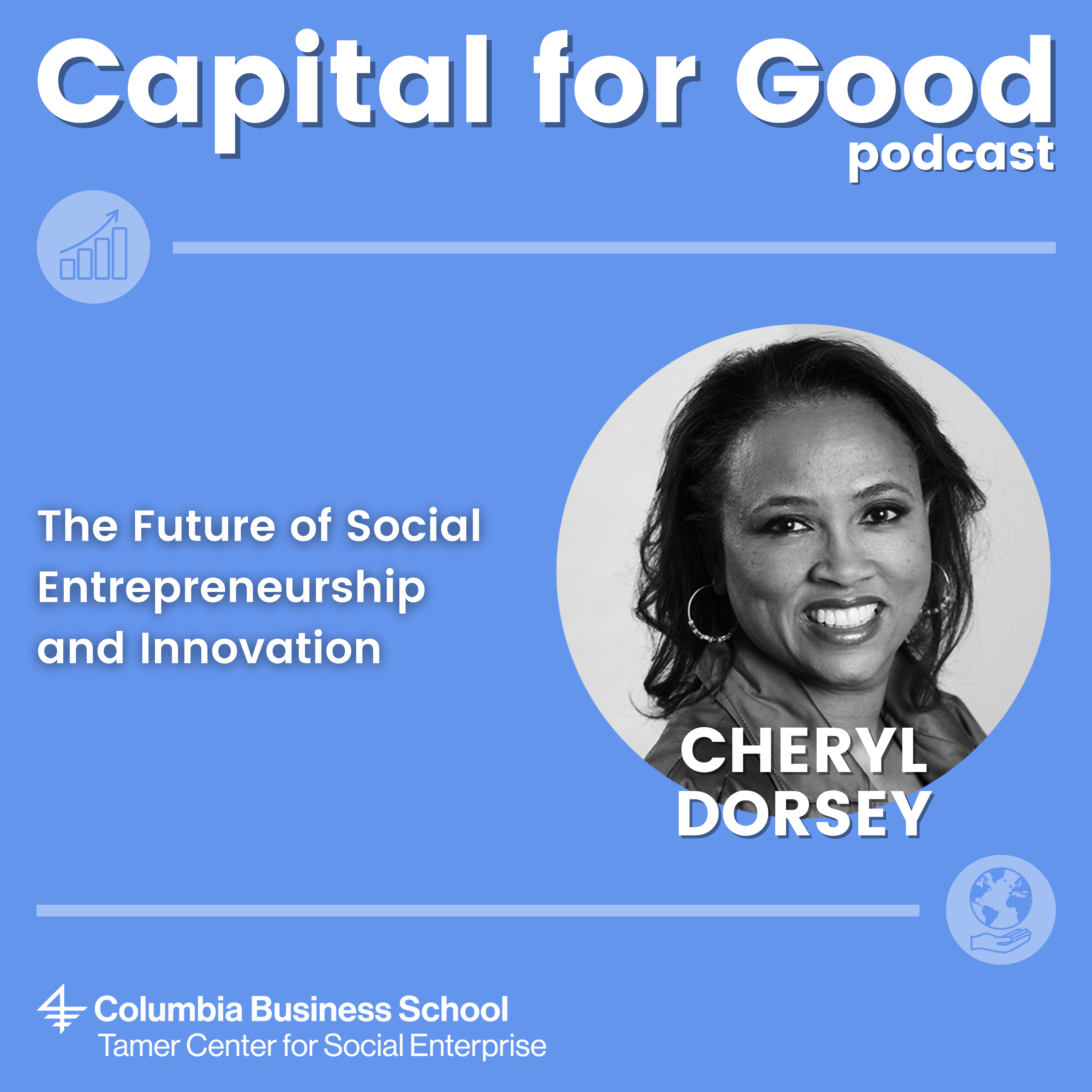 Dorsey explains how, from an early age, she was encouraged and inspired to address the economic and racial disparities in the world around her — from her childhood in an unusually diverse Baltimore neighborhood to her medical school years at Harvard where she saw black babies dying at three times the rate of white babies in communities neighboring the world’s premier hospitals.

As head of Echoing Green, an organization that, over its 30-year history, has invested in more than 800 dynamic leaders across 86 countries, Dorsey has observed and walks us through some of the important shifts that have occurred in the field of social innovation, including more changemakers embracing for-profit business models to solve problems. She has also long advocated for greater access to philanthropic and commercial capital for people of color; Echoing Green’s recent report on racial disparities in philanthropy and new Racial Equity Philanthropic Fund have provided a roadmap for others in the field. We conclude with some of Dorsey’s insights on history and public health. “I had a strange obsession with plagues in college and a lot of my time was spent studying pandemics, especially the bubonic plague,” says Dorsey, who concentrated in history and science as an undergraduate. She reminds and exhorts us, “pandemics simply amplify the structural inequities that already exist. They reveal our fault lines in a way that puts them front and center. But they also are moments in time that offer up great opportunity… We have a moment to rethink and re-imagine so many things about our world… How will we seize this moment?”

Listen wherever you get your podcasts: bit.ly/KforGood